KAMO
The terms and conditions presented in this document apply between Kayak Anglers of Missouri, (“KAMO”) and those persons registering for and participating in KAMO competitive Events (“Competitor”).   The pronouns “he,” “him,” “himself,” and “his” herein are used as generic, gender-neutral terms and do not restrict or confirm access based on sex.

Competition and Judging rules were adopted from KBF standard rules. Revisions have been made to aid in the adoption by KAMO Board of Directors to meet the standards of the KAMO organization. KAMO Board of Directors reserve the right to revise the Competition Rules Standards post season as deemed necessary and will post revisions in the members only page file for review prior to annual meeting.

KAMO Event Rules Addendum, located on the KAMO Facebook Event Page and TourneyX presents the remaining event-specific rules and details such as dates, locations, times, fishable waters, and local restrictions. Together, these two documents comprise the KAMO Competition Rules. As a condition of participation in any KAMO Competition, the participating angler (“Competitor”) agrees to read, understand, and comply with all KAMO Competition Rules. Failure to comply will result in penalty, which may range from points deductions to submission denial or disqualification.

Trail Series
KAMO trail series events are open to all members and non-members alike.  Anglers may sign up for membership throughout the year however will not begin accumulating points for AOY until first tournament subsequent to member signup. Annual membership runs January 1st through December 31st.  and are not prorated.

Membership IS required for the following:

3.  Anglers participating in a KAMO trail event will be competing for points which will result in prizes ad awards including but not limited to; Cash, sponsor merchandise, angler of the year and qualifications for  national tournament spots. A points system has been designed and is based on the event participation. 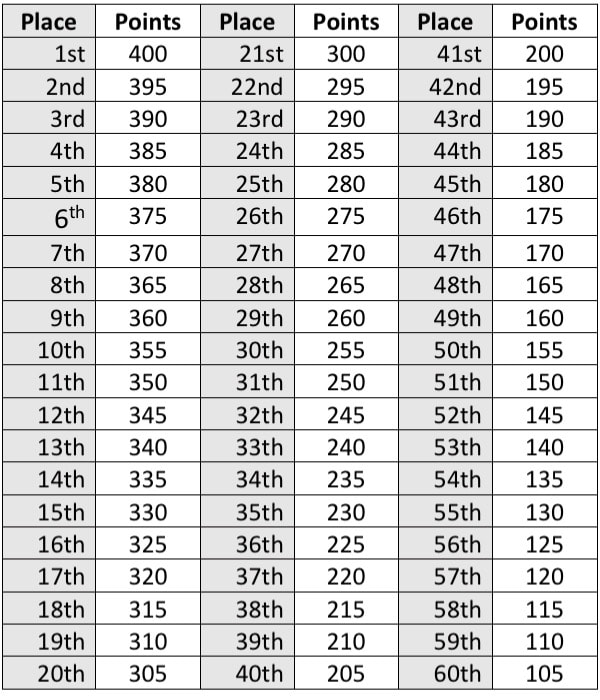 SAFETY  When finished changing his attire, Competitor must immediately put the PFD back on before going underway, fishing or engaging in any other competition-related activity.


Use of alcohol or drugs

Competitors participating in any KAMO sanctioned event must observe the applicable rules for the specific event in which they are participating and must conduct themselves at all times in a manner that reflects favorably on the sport of kayak bass fishing, KAMO, its members, officers or representatives, tournaments or sponsors. Competitors are expected to follow high standards of sportsmanship, courtesy, integrity, safety and conservation in support of the sport of kayak bass fishing, especially when in the vicinity of non-Competitors who may be on or beside Eligible Water. Any Competitor who violates these principles or behaves in ways the reflect unfavorably up KAMO efforts to promote fisheries conservation, clean waters and courtesy, may forfeit tournament winnings, face suspension from future KAMO sanctioned events, be permanently banned from competition, or any combination thereof deemed appropriate by KAMO.

Fishing Tackle, Equipment, and MethodsAll bass must be caught on rod, reel, line and hook with artificial lures only. No traps, snares, set lines or other methods of fishing other than rod, reel and line are permissible, even if legal under state game laws. Violation will result in disqualification from the Event.
​

4. Competitors may share measuring boards.
5. A break of the measuring board’s fence may be mended for use if the repair is rigid, flat and at a right angle to the measuring surface. The mended    measuring board must be submitted to the Tournament Director, personally or by two or more emailed photographs that clearly show (I.) the mended area and (ii.) a side view of the measuring surface and the fence. Violation will result in denial of photo.
6. Each competitor must use a mobile phone with camera and GPS for photo submissions
7. When a Competitor’s whose smart phone becomes inoperable or is lost, he may share smart phones with other Competitors, provided each Competitor logs into his own TMS account in order to submit photos of fish he caught.  Violation will result in denial of photo.
8. Only artificial lures and biodegradable artificial lures may be used. No live bait, preserved bait, or prepared bait will be permitted during competition, except for pork strips or rinds. Violation will result in disqualification from the Event.
9.  Only ONE casting, spin-casting, spinning, or fly rod and reel may be in use at any one time. A rod and reel are considered to be “in use” when a lure attached to it by a line is in or on the water. A hung lure (one snagged in an overhanging tree) that is not in or on the water is not considered in use and the attached rod and reel may be set aside while another is in use.
10. Nets and grippers (e.g., Fish Grip, Boga-Grip) may be used for landing bass during tournament competition, but grippers must not remain attached to the fish in photos. Violation will result in denial or disqualification of the photo.
11. If a Competitor breaks his line while setting the hook or retrieving a fish, he can try with the rod being used or by hand to secure the line and land the fish to be counted as legal. He may NOT hook the line with another lure, rod and reel, or other device. If a Competitor loses his rod and reel while landing a bass, he MAY use another rod and reel to retrieve the lost outfit. If after retrieval, the bass is still hooked, it may be landed, photographed, and submitted as a legal fish. Violation will result in disqualification from the Event.

Watercraft & Propulsion If unsure about the acceptability of a watercraft, contact KAMO Management in advance for eligibility determination.
Under no circumstance will the following watercraft be approved for use in competition: Use of watercraft in competition other than those listed above will result in disqualification from the Event.
Competition Area

Tournament waters shall be established by the KAMO Tournament Director and the KAMO Board of Directors for each tournament. It is the responsibility of the competitor to obtain this information from KAMO. Tournament waters and boundaries will be listed on the KAMO website events page as well as TourneyX. The following KBF rules have been adopted regarding competition area.